You are using an out of date browser. It may not display this or other websites correctly.
You should upgrade or use an alternative browser.
C

I thought I knew SYN REZ XC. I really did. But the more I went into this interview I discovered some thing to me that was clear as day. This guy, is clearly an onion. A person with many different layers. Layers that kept me going "Really? Wow!" 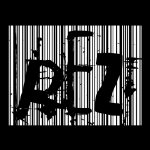 Born in the early 80's in Humble, Texas SYN REZ XC is naturally a Texans Fan!

Once he hit his pre-teens REZ and his family moved to California! This I believe is when his love of the NHL team the San Jose Sharks started to happen.

But really, who could blame him! That picture right there looks better then my teams entrance area. Not gonna mention who that is *ahem* I woulda ate that up as a kid REZ remembers owning his first San Jose parka when he was in the 4th grade. So, growing up loving the Sharks and the NHL as a whole...this leaves a big open for anybody that wants to talk hockey with him. Wait, did somebody say HOCKEY? lol

REZ played NHL and college foot ball on the PS2 back in the day. But Super Mario Brothers was his ish. Who didn't play that game? lol Oh the hours of our childhood that was dedicated to kicking butt on this...

SYN REZ XC also has a small little guilty pleasure that he admitted to. He also loves to play Castle Clash and claims to be half decent.

Now because of his german/irish/english/american indian decent he's grown to a height of about 6'3". WOW! What's up with all these tall guys, where are the shorty short leaders within the community? I don't know if I would feel like a grown up standing next to this guy, lol! I mean, I would have to get him to "take a knee" to have a chat with me. Or a pull up a chair. Maybe instead of The Onion, I should call him the Friendly Giant. "Look up, look waaaaaay up". Ok, moving on

He's always been interested in his Irish heritage and would love to one day visit Ireland. With all it's history...landscape...architecture...and the Guinness brewery.

I was surprised to hear that when I asked him what world famous monument he would like to see, his response was "Mt.Rushmore". I thought everybody saw that, and I am Canadian. I've actually been there a few times. If you don't know the story behind why it looks the way it does you should definitely look it up.

SYN REZ XC loves sushi, all kinds equally. He loooooooooves spicy food. He also likes to cook as well. Or should I say BBQ? Yes, yes I should. Especially during the play offs. You will always find REZ bbqing up some chicken wings with some home made sauce.

Something most in XG don't know is that he was a "punk". With the died hair....5 piercings (3 done by himself), tattoos (2). He only has septum still. He has had every hair color imaginable. If you can think it up, he's done it. He's the kinda guy that has danced on the freeway during rush hour (all while wearing a red suit and forest green mow hawk to be exact).

REZ enjoys listening to all types of music. I can get him singing along to almost anything actually. He knows Raffy's "Baby Beluga" as well the "This old man" song. He knows that one so well that I can hum a part and he'll finish it. He's a great listener and picks up on things easily. He used to as a kid be able to memorize songs, movies and commercials. Playing Trivia games WITH this guy would be AWESOME! Against him? Not so awesome.

REZ's friends would describe him as cryptic. He also says, he feels the same way about himself! He will never fully show his cards unless he needs too. REZ believes he's not a very humble person or a person that really deserves this spotlight (insert shocked face here).

Seriously? "yep" he'd say. Well, I think that with they type of guy he is...and the fact that he's 100% fun to game with and for all he's done within the community...why wouldn't he see one of these coming?

I asked one other question to SYN REZ XC. Who in history would he like to meet. He said he would love the opportunity to go back in time and have a drink with the one, the only Winston Churchill. I thought that was an interesting answer. Then the following day I saw a special on Winston Churchill and I totally get it now.

REZ to me has always been helpful, understanding, available, and super awesome to hang with. He was open to letting us get to know him better and being able to get a sneak peek into what makes him tick. For that, I thank him!

I like this spotlight, we'll done Blue. You certainly have a way with words!
G

XGC Tantaliz XS said:
I like this spotlight, we'll done Blue. You certainly have a way with words!
Click to expand...

There should be a special club for us shorties lol

Thanks for taking the time to hang w me..
C

SYN REZ XC said:
Thanks for taking the time to hang w me..
Click to expand...

Any time REZ, any time. It's always a pleasure

I interviewed her when she interviewed me. The problem is that tis was done months ago and I dont know where I put it....
C

SYN REZ XC said:
I interviewed her when she interviewed me. The problem is that tis was done months ago and I dont know where I put it....
Click to expand...

I can make time for a for realz interview REZ. Just sayin

somewhere on the internet

Nice interview. I like how you laid it out with the images. Awesome job!
C

HYLANDER said:
Nice interview. I like how you laid it out with the images. Awesome job!
Click to expand...

Dang a lot of stuff about Rez that I didn't know

This was a good read!
S