You are using an out of date browser. It may not display this or other websites correctly.
You should upgrade or use an alternative browser.
C

In a community as big as ours, there are a TON of awesome people out there just waiting to have fun with you and me. I was in a party on the One discussing my Member Spotlight and my ideas for the future when it got suggested to me that I do a spotlight on KoG Gibz XD. I’ve never really met or chatted with him before so I was like…lets see if he will do one with me! I was actually really hoping to spotlight a KoG member so this would be perfect. So, what did I do? I approached him and we actually got this interview done rather quickly. I like a guy that makes himself available for stuff like this. This is a great opportunity to let the rest of XG know what the people of KoG already know. Which is…the awesomeness that is KoG Gibz XD!

KoG Gibz XD, or Gibby….yeah, I said it. Believes he is a open book. So here, lets open that book. KoG Gibz played on the N64 in the past. He remembers his Dad being just as into some games as he was. He played such games as Mario, Zelda and Mario Cart. I think I would of loved Mario Cart. I hear it’s kinda like Joy Ride Turbo in a way.

He also has a small guilty pleasure of playing Peggle 2. Yep, you heard me right. He loves Peggle 2. He considers it a “futuristic pong”. I remember pong…BTW, that unicorn in that picture below looks a touch crazy. Just sayin…

Gibz says he tends to figure out within the 1st 5 minutes of chatting with somebody if he’s going to love or hate them. No pressure. Lol! He likes sarcastic a-holes such as himself. (it is funny how many leaders consider themselves a-holes) He likes somebody that can dish just as much out as they take lol. He believes people can help guide their destiny within the community. The community is whatever you want to make it out to be. If you’re here to have fun and have a good time, do it. Take control for yourself, he said. I really believe that as well...if you make things like a job, yeah it’s gonna feel like a job. If you decide that you wanna have fun every night hanging with your people in your clan, do it. You want to run game nights for your people? Do it.

He currently lives in the southern LA area training to be a audio engineer. He wants to work with music and films. He has about 8 more months, with some internships in his future. Which he says, can be rough but he’s down for the struggle. Work is far away and he may need to move into LA to find some decent work.

KoG Gibz has been known to “wing it” from now and then when it comes to his off time. He does believe there is a time and a place for being “organized”. He goes believe that he’s pretty free going. You can’t live life by a schedule all the time. Perhaps an unscheduled flight over to Scotland to enjoy his heritage would work?

Or maybe another dip into the ocean to swim with sharks??? Yeah, this crazy guy did that. I guess you never know your truly alive till you feel your heart about to beat out your chest when the sharks attack the cage. Yeah, good times.

When it comes to things more state side, he would love to go back in history and meet THE JFK. I’ve seen and read so much about him that I think he WOULD be an excellent person to sit down with.

When asked if he’d rather live in the country or be a city dweller he quickly said the city. He said that he can’t stand the country. The city is always alive with something to do all the time. His whole family is full of rednecks, lol! Okie dokie.

Back in school he was a long haired skater kid. He really didn’t give a *bleep* about the world. He thinks he’s pretty much the same, just without the long hair and skateboard. His friends back then thought he was pretty sarcastic and probably was pretty thrilled when he helped pull his graduation prank. What did he do? He helped put security golf carts up on the roof. LOL! Fancy school…the security guards had golf carts? Whaaaat?

As well as he loves his 49ers.

Gibz also liked to add a little something something for his Member Spotlight nominator…KoG War XD. 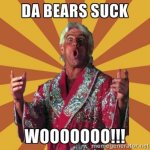 Well, what can I say about KoG Gibz XD after this interview? He’s super easy to talk to. He’s also on the One, and I’ve seen him broadcasting quite often so you should check it out! He has great sense of humor and quite the head on his shoulders. Oh, remember how he said he’s training to be an audio engineer??? Well…here’s a little something something for your listening pleasure. Click the link below to hear our one and only KoG Gibz XD RAP! Yeah, I said it. BTW, I was asked if he rapped for me….no, he didn’t. WTF Gibz, WTF…I feel ripped off now, lol!

That's a good interview and quite interesting stuff , (ps. Gibz is strong with the force)

Great interview! I want to play Gibz in peggle 2 now!

You don't want it on Peggle